Para makaiwas sa sitwasyong ito, it’s best to be insured. Insurance is a contract na nagbibigay ng cash assistance sayo in case of accidents, damages, or loss. With this reimbursement, hindi ka mapapagastos at magpa-panic just to cover your expenses. This gives you peace of mind and security.

Insurance is also an investment in financial security. Nag-i-invest ka ng pera for your future so you can survive any financial setback. Read on to know how to protect yourself with insurance! 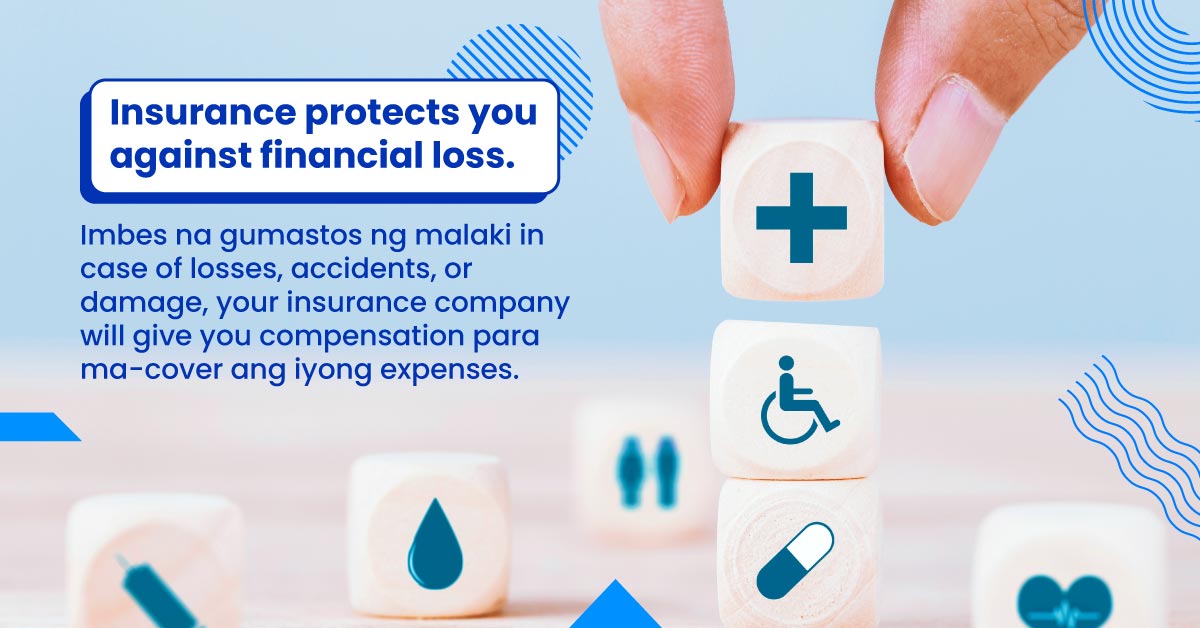 Policyholder. Ang registered owner ng policy. Depending on the kind of insurance, the policyholder may or may not be the insured.

For example: Kumuha ka ng education insurance for your son. Ikaw ang policyholder, while your son is the insured.

Insured. Ang pinoprotektahan ng insurance. Depending on the kind of insurance, it can be you, your family, or your assets.

Dependent. This often applies to health insurance. These are people nominated by the policyholder para makatanggap ng same protection under the policy.

For example: You have health insurance with a Php 100,000 policy limit for dengue. Ito ang max amount na ire-reimburse ng insurer in case you get dengue.

Oftentimes, kapag kinulang ang monthly budget, insurance is the first thing people stop paying for. However, pwedeng ma-cancel completely ang policy mo if you miss just one payment. This is why you should get insurance with the most affordable premium. For instance, GInsure offers dengue and COVID-19 insurance for as low as P39/month. It’s the lowest insurance premium you’ll ever get. 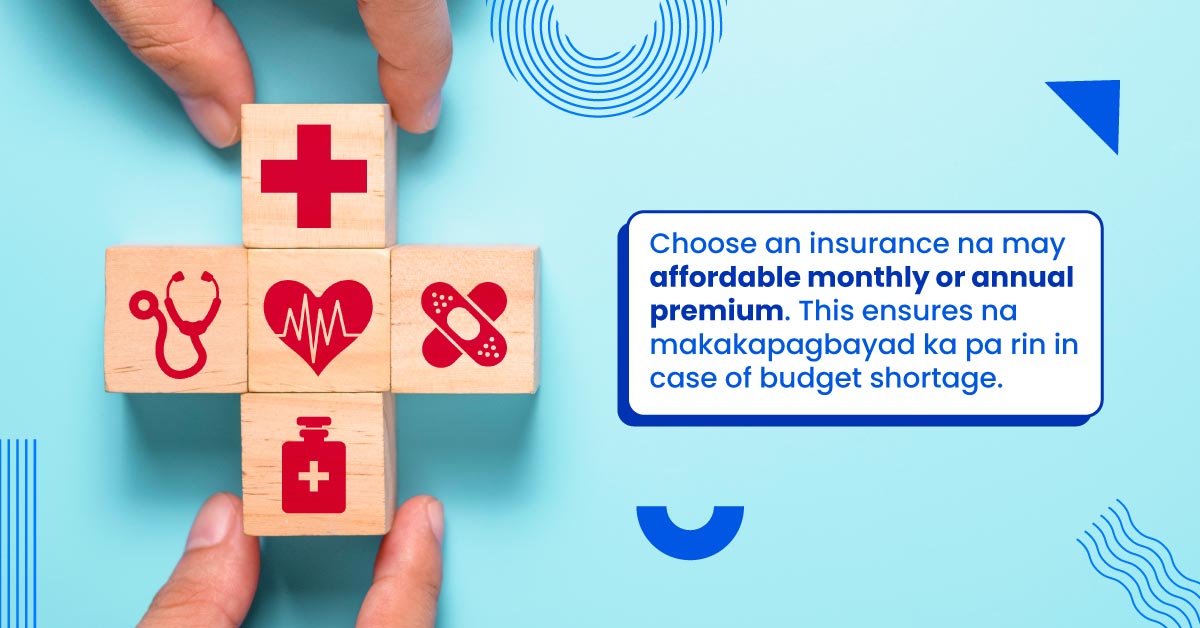 For example:  May Php 5,000 deductible ka on your car insurance. Na-damage ang iyong kotse and you need Php 20,000 for repairs. Because of your deductible, the insurer will only cover Php 15,000.

Period of coverage. The length of time na covered ang insured ng policy. This can range from one year to the insured’s entire lifetime. 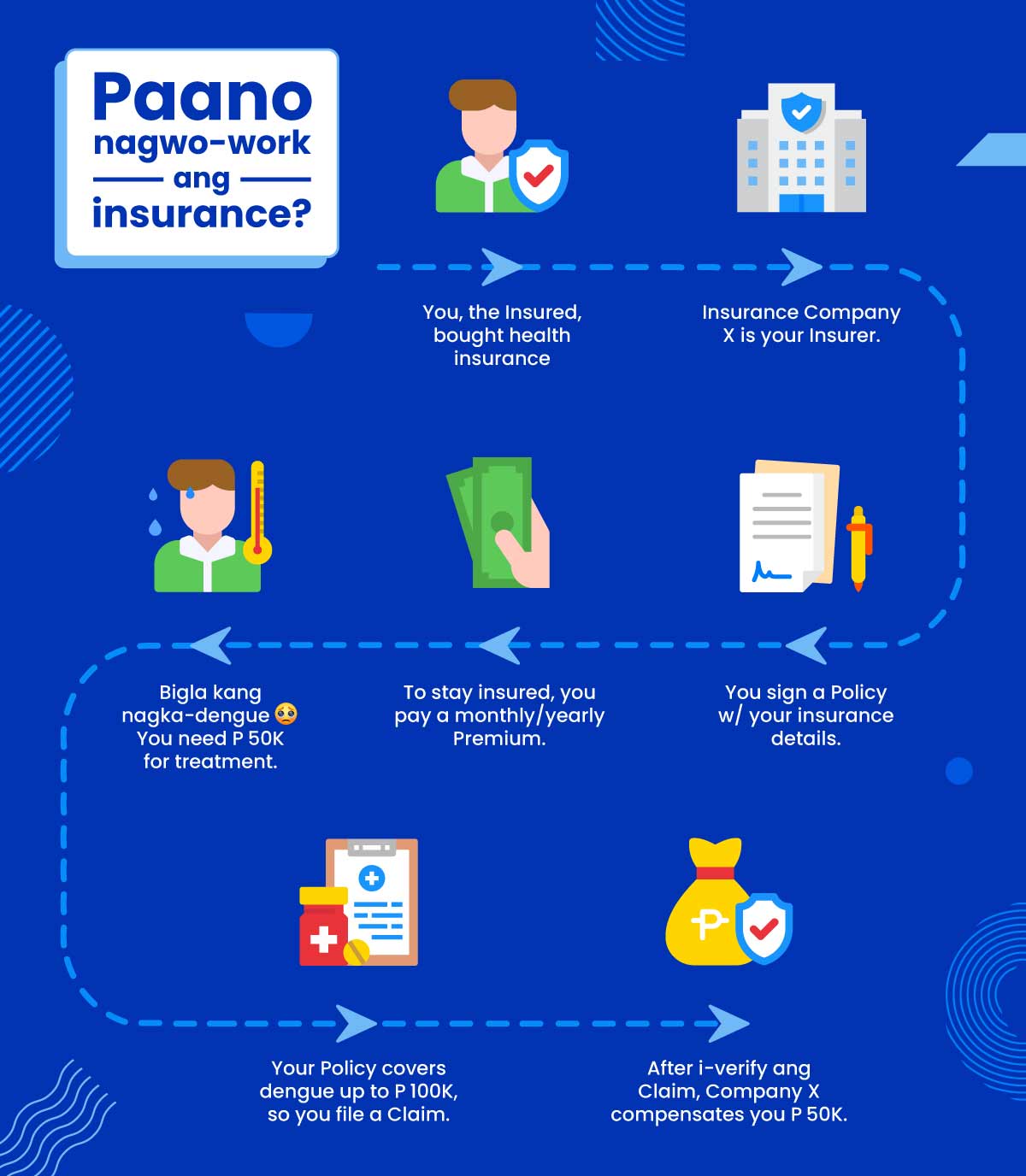 Maraming klase ng insurance to address different risks. Here are the most common.

Term life. It only protects the insured for a limited time, usually 10-30 years.

Depending on your health and budget, pwede kang kumuha ng full o partial coverage. An example of partial coverage is GInsure. Under GInsure, the Singlife Cash for Dengue Costs provides coverage from Dengue and COVID-19. Dahil specialized ito, GInsure offers it at a more affordable price. You can avail it sa GCash app for as low as Php 300/year.

Income protection insurance. This replaces the insured’s income kapag hindi sila makapagtrabaho due to an accident.